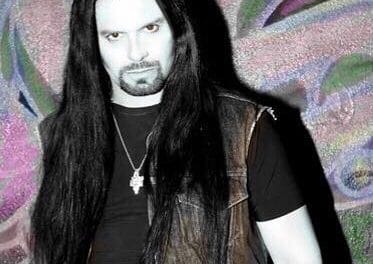 Many people may not know that prior to Joey Belladonna handling the lead vocals for Anthrax, the band had a number of prior singers including one by the name of Neil Turbin. 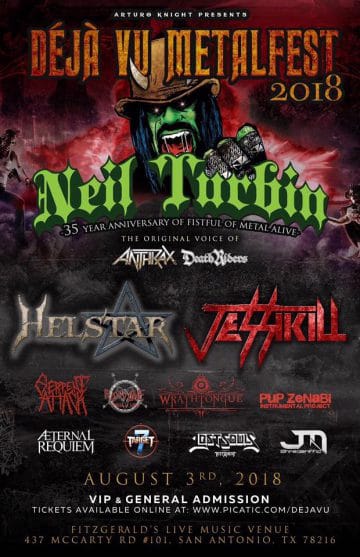 Thirty four years after last playing a show with Anthrax, Turbin was back on stage two nights ago (on August 3, 2018) playing an Anthrax heavy set at Fitzgerald’s in San Antonio, Texas, USA to celebrate the 35th year anniversary of the release of the record Fistful Of Metal. Turbin was backed up by the talented band members from Jessikill who along with playing original music also play in various tribute bands paying ode to such legendary bands and artists as Iron Maiden, Dio and Yngwie J. Malmsteen.

Wikipedia states the following about Turbin‘s time in Anthrax (with slight edits): “At the time, Turbin was first contacted by Anthrax, he was already in a band called “AMRA“, but left after a few months, prompting him to answer Anthrax‘s advertisement. He attended the same high school as Scott Ian and Danny Lilker, Bayside High School in New York, and was in a class with Ian in his freshman year. Turbin earned the position as the first official band vocalist in August 1982. Turbin‘s first performance with Anthrax was at Great Gildersleeves on September 12, 1982.

He performed and recorded with the band on the original demo recordings and their first studio album, Fistful of Metal. Turbin wrote the lyrics to all songs on that album (with exception of the cover of Alice Cooper‘s “I’m Eighteen”). Turbin also has writing credits on five of the seven songs on the band’s Armed and Dangerous EP, as well as two songs on Spreading The Disease, both of which were recorded by third Anthrax vocalist Joey Belladonna who replaced second Anthrax vocalist Matt Fallon. In 2009, the video game Brütal Legend was released featuring the Anthrax song “Metal Thrashing Mad” in its soundtrack with Turbin‘s vocals. Today, many of the songs Turbin wrote and recorded with the band have been re-recorded with different vocalists and appear on multiple albums and DVD’s including the double platinum certified ‘Big 4‘ Live from Sofia, Bulgaria.

Turbin‘s exit from Anthrax came two weeks after the band’s first North American ‘Anthrax US Attack Tour 1984‘ ending with a show at Roseland Ballroom on August 3. Reflecting upon his time in Anthrax, Turbin has explained:

“Even though I have no regrets about doing Fistful Of Metal or the first tour, there was nothing pleasant in any aspect about it. Scott [Ian, rhythm guitarist] had aspirations of wanting to be the central figure in the band, being the front man, and the guy is not even a lead guitar player. And there weren’t lots of song ideas coming from him. This was my agenda: I was there to rock. I came there to kick some ass and thrash. Scott admitted to the rest of the band that [bassist] Dan Lilker had to be let go, but it was a lot easier for him to use me as a scapegoat, especially after I wasn’t there anymore. Everybody knew that Dan just wasn’t cutting it on a number of levels. He took thirty takes to play the Alice Cooper cover “I’m Eighteen” in the studio. But there was 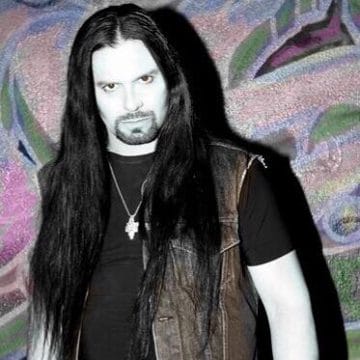 this great resentment because I was getting a lot of attention, so I was completely undermined. I was foolish because I decided to weather the storm. But the momentum that was created, the excitement level was definitely something that I contributed to, and that can never be taken away from me.”

“For a musician whose claim to fame occurred 3 1/2 decades ago, Neil Turbin demonstrated Friday night at Fitzgerald’s he can still rock and sing like it’s 1984. And he’s not exactly opposed to allowing up-and-coming local artists join in on the fun.

Playing, ironically, 34 years to the day of his final performance with Anthrax in that band’s native New York, the original vocalist of a group that went on to become one of thrash metal’s Big 4 without him headlined the quaint San Antonio bar. And although he came to the Alamo City by his lonesome, Turbin‘s arrival and performance were made possible by Jessikill bassist Arturo “Knight” Alvarado, who served as the gig’s promoter — and much more.

Though Turbin is said to be working on new material with Deathriders, his band named after the opening track on Fistful of Metal, he didn’t mention any of his current activities on stage. Dressed in black top hat and black attire with “Deathriders” running nearly as long down his sleeves as his jet black hair was down his back, Turbin was content living off his past. He played a bulk of his Anthrax contributions such as “Metal Thrashing Mad” (ATM video below), “Death From Above” (ATM Facebook Live video here), “Soldiers of Metal” and even the album’s Alice Cooper cover “I’m Eighteen.”

Showing appreciation for Knight, Jessikill and the other “great bands” on the bill, Turbin also unveiled the two tracks from Anthrax‘s 1985 Spreading the Disease effort for which he wrote the lyrics and co-wrote the music but never received the opportunity to sing: “Armed and Dangerous” and “Gung-Ho.” Turbin lamented the void left by that album’s songwriting credits and the path his career — and that of Anthrax‘s mega success — took when introducing “Armed and Dangerous” by saying, “Well, you all know how that went.””

You can read the rest of the concert review of Turbin‘s show in San Antonio, Texas, USA at Alamo True Metal.

Neil Turbin with Jessikill performing “Death From Above” at Fitzgerald’s in San Antonio, Texas, USA on August 3, 2018: