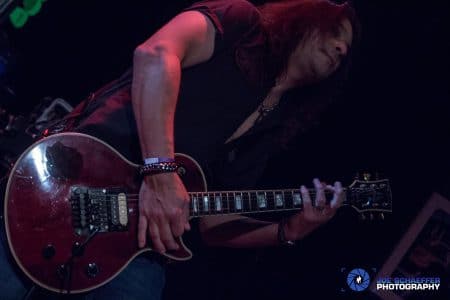 Danny De La Rosa goes on to say (as transcribed by Non-Stop Rock Talk with Tyson Briden with slight edits):

“It was a great experience because you know, I was just thinking about that the other day. Ummm, that was only a few years after I saw them the first time at the Oakland Coliseum and it blew me away man. The show was great. You know, I think I was, I don’t know, maybe 15 or 16. Yeah, I was a fan after that big time and then, you know, hearing the KISS Alive! album so many times, it was great. And you know, no one knew what they looked like at the time. So it was a real surprise. I was really nervous to meet them. But yeah, we got to jam some songs and we worked on some new songs!”

You can listen to the interview with Danny De La Rosa by Tyson Briden for the Non-Stop Rock Talk with Tyson Briden on Buzz Sprout‘s website.