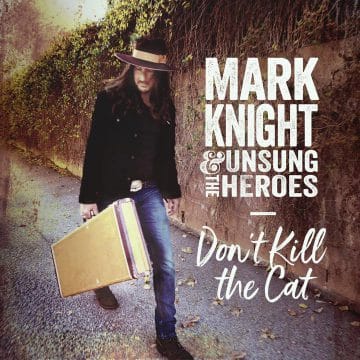 Sleaze Roxx interviewed Knight back in January 2016 and asked what he thought of being like White Lion‘s frontman Mike Tramp in that he was part of the hair metal scene back in the late ’80s / early ’90s before retransforming himself into a largely acoustic performer.

Knight replied: “You know, yeah. I came out of the sunset strip scene. You know, Bang Tango — we were a hard rock band. The original line-up — I was out of the band in ’95 so I’ve been singing and writing my own songs for a while now, you know. It’s been years. I have always been really drawn to like Americana blues rock singer/songwriter approach and I just started wiring my own songs and continued doing that. It just kind of took a natural progression. But you know, I don’t regret or have any doubts for what I have done. It’s just kinda been a hard road to cross because some of my fans want you know, a hard rock sound out of me and [to] rip on the guitar and do what I did as they know me as. But as a musician, I just do what I want.”

Mark Knight‘s Don’t Kill The Cat: Behind The Scenes video:

Don’t Kill the Cat: Behind the Scenes

Through interview and never before seen live acoustic performances, Mark Knight takes us behind the scenes of his latest record, Don’t Kill the Cat.