Former Battle Beast and current Beast In Black guitarist Anton Kabanen was recently interviewed by Greece’s Rock Pages and spoke about his departure from his former band. 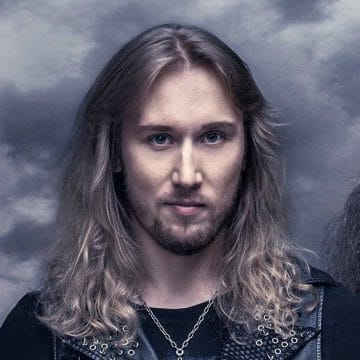 Kabanen was asked whether there were personal problems or musical differences to which he replied: “All kind of problems in all levels. The beginning of the end was when we started talking about who’s gonna own the band name.”

With respect to why he did not trademark the band name Battle Beast from the very beginning, Kabanen advised: “That’s a very good question. I was 17 or 18 in 2006 when I came up with the name “Battle Beast” before the official formation of the band. It wasn’t my first thought as a young and excited musician. I didn’t think the business side of the whole thing, at all. I was 100% focused on music and nothing else mattered. So, it was really very easy for someone to trademark and own the name in all these years. But to get back to your question, when the problems appeared, I started thinking what I should do…I even thought of playing some other style of music because I write all kinds of stuff…orchestral music, synth-pop music without any guitars etc. So, the last gig with Battle Beast was in Amsterdam on the 15th of February 2015.”

In terms of how it ended in Amsterdam, Kabanen stated: “First of all, I wanted to say that I never wanted to let go of the band name. I was kinda forced out. As for Amsterdam…it was an ugly story. Basically, the other guys ditched me there and that was it. I was already isolated by the other members throughout the tour….we didn’t speak at all. In the beginning I tried to reconnect with them by saying “hi”, “that was a great show” but it didn’t work out.”

Kabanen was asked whether that was the case even with Juuso Soinio and Pyry Vikki to which he replied: “No…not even with them. I’ve known Juuso before school…when I was 5 or 6. Now we don’t have any contact but the years are not always the best indicator of a great friendship. It’s just time…you can become great friends with someone even if you know him only for a few months. It depends on the circumstances. When the worst times hit you then you will know who your real friends are. That’s how it goes.”

You can read the rest of the interview with Kabanen at Rock Pages.

Battle Beast‘s “King For A Day” video (published in December 2016):