Bad news for Eclipse dummer Philip Crusner as he will have to miss the upcoming Monsters of Rock Cruise, which departs from Miami, Florida, USA on February 24th, given that he is experiencing wrist issues. Crusner‘s replacement will be none other than former Eclipse drummer Robban Bäck who played in the band from 2006 to 2015 and on the albums Are You Ready To Rock (2008), Bleed & Scream (2012) and Armageddonize (2015). 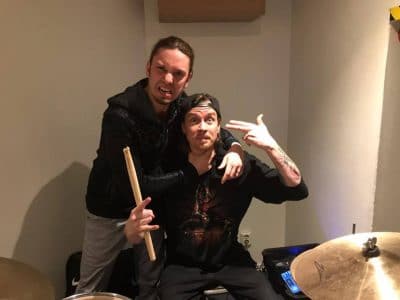 “A message from Philip:

Ok, I have some bad news and some good news. After the gig in Germany this weekend my wrist started acting up with pain and swelling. Long story short, it’s going to be ok but it’s gonna need treatment and the doc has ordered me to rest before they get started on it.

Unfortunately this means I wont be able to play on the Monsters of Rock Cruise. It sucks big time and Im really sorry about this but I just cant risk making it worse and causing permanent injury.

So yesterday I called up an old buddy of mine that I think many of you may recognize and he has gracefully offered to help out next week. For those of you who don’t know Robban Bäck, he was Eclipse’s drummer before me.

Again, Im really sorry about this but I know Im leaving the band and audience in very capable hands during the cruise. I also want to thank Robban for stepping in on such short notice.

And let me just be absolutely clear, I’m going to be fine. No other gigs will be affected and I’ll be back, new and improved in a couple of weeks.