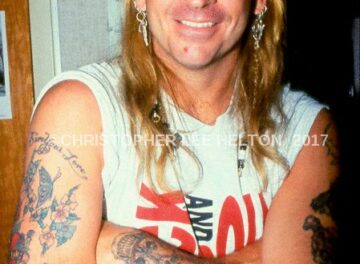 Former Great White and Guns N’ Roses manager Alan Niven was recently interviewed by Andrew DiCecco for Vinyl Writer Music. Niven managed Great White for about one decade starting with the band’s first release consisting of the EP Out of The Night (1983). 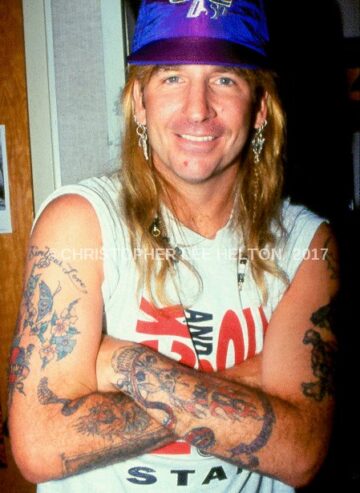 In terms of working with ex-Great White frontman Jack Russell, Niven described that experience as follows: “At times sublime. At times just wretched. If rock ‘n’ roll should appear to be spontaneous and haphazard, Jack personified that. Authentic is a much-overused word, but Jack was genuinely rock ‘n’ roll. In all ways. K’pan Fuckin’ Jack – truly pirate blood runs in his veins. Steal yer rum, rape yer women, and piss all over your rug where you’d find him passed out.”

Niven was also asked what prevented Great White from becoming more widely recognized to which he stated: “Jack’s disastrous drug-taking derailed the band’s first headline tour with [Michael Schenker Group] and Havana Black. Moving up to headliner from support is perhaps the most critical development in a career. Had I left him on the road; however, I’d probably have gotten him back in a box, and no one was gonna die on my watch. I had to take him off the road and detox him. He could smell and distinguish chemicals at a quarter mile.

Anyways, the idea of having all three bands from one label on the tour, and getting really focused promotion, obviously backfired on me. Capitol [Records] were not happy when the tour had to be canceled. The tragedy was that it was working; the Northeast was sold out weeks in advance.

The promoters never forgave the band, and they never got that shot again. We also suffered from the revolving presidential door at Capitol. Hale Milgram, our third in four years, made it clear he thought little of the band. His A&R man only had disdain – selective amnesia prevents me from recalling his name, but he rents property in Hawaii now. Oh, yeah. Simon Potts. They were into English club music, and R.E.M. Satin balloon pants were cool to them. We were a road band most akin to early ’70s English blues rockers. Wonder why! Anyways, they did not connect. Milgram never came to a gig until just before we left the label. At least he released us, and we escaped getting Gershed again.”