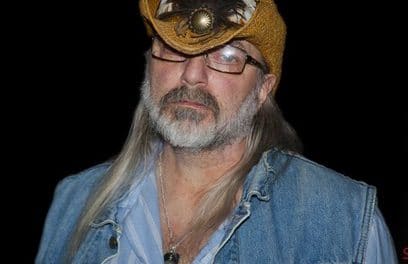 It appears that Great White had been unhappy for some time with their former lead vocalist Terry Ilous and had been contemplating getting a replacement for some time based on an “open letter” from the band’s former manager Alan Niven who provided an in-depth interview to Sleaze Roxx back in June 2017. 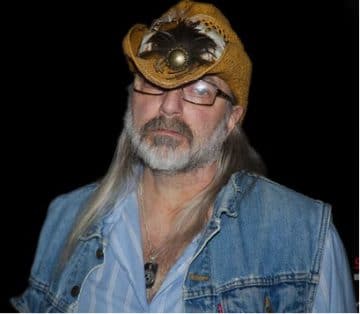 “Great White have just chosen their third singer. As one of the main composers of the band’s material do you have any thoughts on the matter?”

Replacing singers in an existing band is the most difficult of transitions … how do you follow a great singer who has indelibly fixed the song in the consciousness of the audience? For example, my heart always went out to Myles Kennedy when he performed with Slash – the audience wanted to hear those Guns n Roses songs, but really, how do you supplant Axl? Can’t be done. Myles did his best with patience and grace, but it was an awful position for an artist to be in.

Interestingly, Axl/DC works. Here’s a band that has had three great singers. I have always been a Bon Scott fan, but I also thought Brian Johnson was brilliant on Back In Black and consistently a feisty frontman with attitude. And no one has more ‘attitude’ than Axl.

Which perhaps illuminates a point. Singers are not just sound, they are also an attitude, a presence. A rock n roll band should embody the free spirit, and a great singer, the point of the sonic spear, must consequently have an unconstrained element to their performance.

As for Great White? Well, Russell is also one of those incredible voices who had ‘attitude’. His replacement, Terry Ilous could not replicate that edge, and for me, I found his European vibrato misplaced. I wrote songs directly for Russell‘s voice and personality so I found it difficult to watch videos of the band performing with Terry. Terry might have been OK as an emergency fill-in, but I never saw him as a suitable replacement lasting for a complacent seven years.

Mitch Malloy? Well, he certainly has hair and teeth, a lovely guy, he’s the Fabio of rock n roll, but does he have the personality that is required for the songs? To date he seems constrained, and, ironically, a little too ‘white’ in his phrasing, as the band happily Pablo Cruises its way into the next casino. The jury is out for me. Is Mitch better suited to Broadway than he is to Sturgis? The Great White way used to be to swim where the Buffalo Chips fell …

In spite of what might have recently been said by Mr. Kendall and Mr. Desbrow, the events leading to Mr. Ilous‘ departure unfolded in this manner [apparently honesty is not a Born Again requirement]: at the beginning of last year I had yet another conversation with Michael Lardie in which he again expressed his frustrations with Mr. Ilous‘ personal and professional manner. Dropping a solo Ilous record on top of a very expensive new Great White recording was the least of it. His stated desire that he wanted to tour solo in 2018 did not help either. At this point I asked why they had still not found a better fit. Michael added that Mrs Kendall, [management], was as frustrated as everyone else. I suggested that, with her consent, I’d quietly, discretely, look around and see who might be available.

Consent given, I looked at a number of people, a couple of which I had record on both old and new material. One, in particular, I thought well worth auditioning. Terry Glaze was the original singer for Pantera. I saw him in Dallas. He rocked – a powerful and present singer. Terry was not a mimic, not a seller of nostalgia, but an ‘in yer face’ presence. He had ‘attitude’. I would sacrifice the perfection of nostalgic mimicry for conviction, presence, any time. Authentic front men are rare. Glaze is one such. Personality? He’s cool – married to a legitimate rocket scientist. He’s no space cadet.

I sent Mr and Mrs Kendall, Mr Desbrow, Mr Sullivan Bigg [agent] and Michael recordings. Glaze‘s take on Big Time, a new song, put it in a good place, better than that of the original recording. The prospect of contemporary excitement was there. I thought he had the potential of adding a decade to the band’s future prospects.

The plan, between Mrs Kendall, Michael and myself was to have Glaze ready to take over in September – before the 2018 fair shows went up for sale.

Apparently Mark and Audie refused to listen. Glaze did not get an audition.

So. I can only suppose Mr. Kendall thinks big hair and even bigger teeth suit best.

There was no acknowledgement of the considerable time I put into the search.