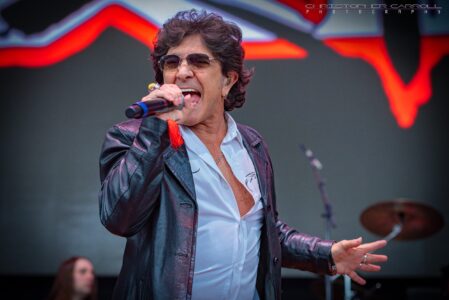 “I Won’t Back Down” was originally released by Tom Petty in April 1989 as the lead off single from his first solo album Full Moon Fever.

The following message was posted in part on Ilous‘ Facebook page earlier today:

‘I Won’t Back Down’, featuring JACK RUSSELL & TERRY ILOUS ! In the studio together for the first time ever … Jack and I have recorded a cover of one of the most iconic songs written by Tom Petty & Jeff Lynn – Watch the video and support the music by purchasing the song with the name your price option in my ko-fi store now.

Tom Petty‘s “I Won’t Back Down” video: