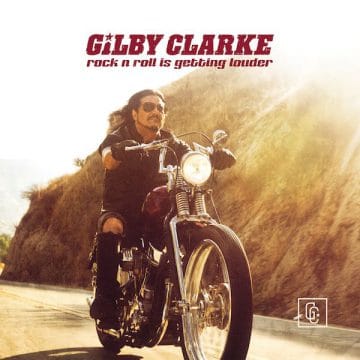 Solo artist and former Guns N’ Roses guitarist Gilby Clarke has released a video for his new single “Rock N Roll Is Getting Louder” from his upcoming album The Gospel Truth, which will be available later this year via Golden Robot Records.

Sleaze Roxx stated the following in its retro review of Clarke‘s solo album Hangover released back in 1997:

“If Gilby did anything with The Hangover, it was to validate how cool of a rock and roll fan he is. For it being released in a decade with a ton of empty holes as far as rock and roll is concerned, Gilby dropped some tunes that reminded me why I fell in love with rock and roll in the first place. The songs are good, catchy, accessible, and don’t go over the average rockers head while still remaining clever.

Yeah, most of the world will never confuse The Hangover with any Guns album, or maybe even Gilby’s own Pawnshop Guitars…  or even a good bit of Izzy’s stuff but as far as being a rock and roll album, it’s a gem of a listen and in 1997, was a breath of fresh rock and roll air and why not? It’s not like Guns were doing anything better at the time.”