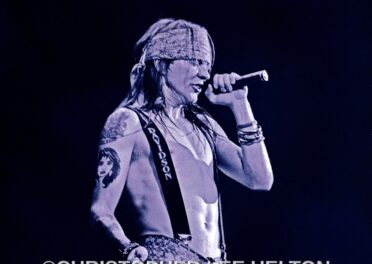 Niven had some choice words in regards to Guns N’ Roses frontman Axl Rose. In terms of how he navigated his relationship with Rose and how responsive the singer was to his feedback and suggestions, Niven stated: 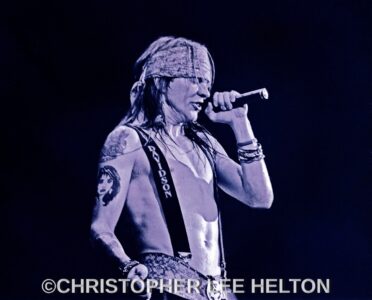 “His first insult was to thank me in the liner notes after his fuckin’ dogs. He didn’t bother to show for the dinner with [Peter] Paterno and the rest of the band where they offered to extend my original contract for another whole three years. That was when I knew I’d be fucked over by them. They did offer to raise my commission rate to 20%, but I turned down the increase. I did not want my company being paid more than a band member, although I had to pay for offices and staff. I never charged back a dime in expenses, as I had the conventional right to do so. The only time Axl ever said thank you was from the stage of the Hammersmith Odeon – so even that was more about him than me. See me being gracious. He wasn’t a nice person back then. He may have changed. To me, he’s kinda like the Tonya Harding of rock ‘n’ roll – capable of being sublime but best known for other reasons. I was there for him, taking him from Hollywood streets to Wembley Arena. He repaid me by believing Goldstein’s lies because he wanted to.”

In terms of what were Goldstein‘s lies, Niven indicated: “Whatever he told him to put distance between us. I had a telephone conversation with Axl in which he asked why he had trouble getting people to do what he wanted. I told him he was prickly, difficult to get near, and that his tantrums scared people. A couple of days later, when I was at the Meadowlands, he called the production phone and told me he could not work with me anymore. I suggested we have dinner on my return to L.A. and talk about it. He agreed, but I never spoke to him ever again.

A few weeks previous, I had held a dinner at Le Dome for his birthday. Earlier in the day, I had delivered him a white Ovation guitar. He failed to show. Zutaut arrived with Goldstein; they had been with Axl. Before seating himself, [Zutaut] leaned over me and whispered in my ear, “Goldstein is not your friend.” A few days later, Axl said he wouldn’t do Rock In Rio if I went. No big deal. I thought. He’d had me banned from the Aerosmith tour for its first three weeks because I refused to cancel it. My job was to get them all there. Their job was to produce excitement on the stage.

I had signed a contract with five individuals collectively known as Guns N’ Roses. I did not sign a contract to exclusively represent his whim. My responsibility was to the whole.

Goldstein is a liar, and a fake – a schmoozer, a glad-hander – Barry Fey once described him as an overpaid security guy. He was without loyalty and appreciation – he was a security guy when I gave him a shot at tour managing. He decided he was there to indulge Axl. Ingratiate himself. Screw the others – as happened. He presided over the dissolution and implosion of what I helped create. He helped engineer Axl’s grab of the name. To this day, Axl takes 50% of the gate, thus cutting Izzy out. Ego and greed. The corrosion of affluence on a soul that comes from impoverished childhood.”

“Tonya Maxene Price (née Harding; born November 12, 1970) is an American former figure skater, retired boxer and a reality television personality. Born in Portland, Oregon, Harding was raised primarily by her mother, who enrolled her in ice skating lessons beginning at three years old. Harding spent much of her early life training, eventually dropping out of high school to devote her time to the sport. After climbing the ranks in the U.S. Figure Skating Championships between 1986 and 1989, Harding won the 1989 Skate America competition. She became the 1991 and 1994 U.S. champion before being stripped of her 1994 title, and 1991 World silver medalist. In 1991, she became the first American woman and the second woman in history (after Midori Ito) to successfully land a triple Axel in competition. Harding is a two-time Olympian and a two-time Skate America Champion.

In January 1994, Harding became embroiled in controversy when her ex-husband, Jeff Gillooly, orchestrated an attack on her fellow U.S. skating rival Nancy Kerrigan. Both women then competed in the February 1994 Winter Olympics, where Kerrigan won the silver medal and Harding finished eighth. On March 16, 1994, Harding accepted a plea bargain in which she pleaded guilty to conspiracy to hinder prosecution. As a result of her involvement in the aftermath of the assault on Kerrigan, the United States Figure Skating Association banned her for life on June 30, 1994.”