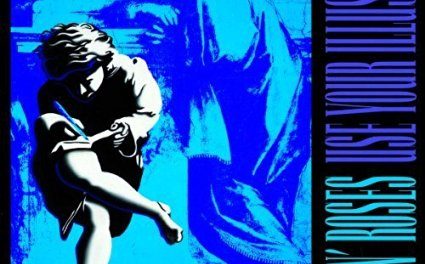 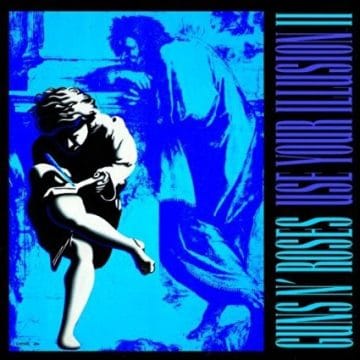 In terms of what he recalls about the initial proceedings for Use Your Illusion, which marked a drastic departure from Guns N’ Roses‘ roots, Niven indicated (with slight edits):

“The main difference was that we had problems with Stevie [Adler]. He couldn’t get into Axl’s new directions, and Slash complained that he could not remember his parts. The cracks were beginning to show – there were Elton Rose songs, and Iz [Stradlin] was being sidelined to a troubling degree. They were all living separately now, in very expensive houses, marrying girlfriends who should have remained so. The combine no longer communed in the Hell House. The corrosion of affluence had begun.

It was my idea to do two separate albums. I was really concerned that a double record, which Axl demanded, at a double record price, would not be as well received as a single strong album. How do you follow Appetite for Destruction and meet expectations, anyways?

Over lunch at Le Dome, [Ed] Rosenblatt asked what I thought Use Your Illusion would sell. If two albums, I reckoned they’d do four million each, equaling the then eight of Appetite for Destruction. I wrote it on a napkin, which he pocketed. During the initial album cycle, I was correct. It was not hard to persuade Eddie since the economics of two albums are greatly superior to a double album. Better for both the band and the label. And it was ballsy – no one had really done that before – very GnR, although Electric Ladyland could be bought in the U.K. as two single albums sometime after the original release. There are no original ideas, just astute judgment as to when to use what you remember.

The biggest giggle I got was Axl paying [Mark] Kostabi $75,000 for the cover paintings without asking me about the idea first. He did not understand the images were in the public domain – we didn’t have to pay Kostabi anything for their use on merchandising. But then, look at how Yoda, Sharon Maynard, conned him. Another $75,000 for an “exorcism.” The vulnerable being taken advantage of, and [David] Goldstein not minding the door.

Fave tracks? “Dust and Bones,” first and foremost. “Civil War” – I thought that one indicated a real development in Axl’s writing. “14 Years.” The three holdovers from Appetite for Destruction – “Don’t Cry,” “You Could Be Mine,” and “November Rain.” “Double Talkin’ Jive.” “Dead Horse.” “Knockin’ On Heavens Door.””