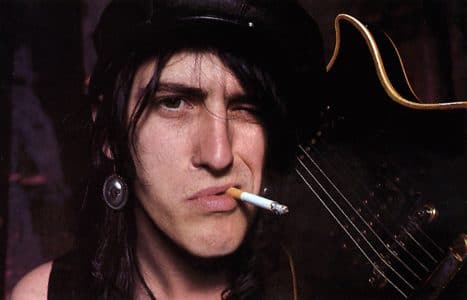 Former Guns N’ Roses drummer Matt Sorum has laid down the drum tracks on a new song from ex-Guns N’ Roses guitarist Izzy Stradlin. The track, titled “‘F.P. Money”, will be released next month. It was recorded and mixed by J.T. Longoria at Brotheryn Studios and it features Sorum on drums, Damon Fox on keyboards, Tony Babylon on bass, Rick Richards on lead guitar and Stradlin on guitar and vocals.

Said Stradlin: “Matt Sorum and I crossed paths earlier this year and both agreed it might be fun to one day throw down a new track and see what we get.”