Former Hardcore Superstar guitarist Thomas Silver has released a video for his new song “D-Day” from his upcoming solo album The Gospel According To Thomas, which will be released on November 23, 2018 and can be pre-ordered via Volcano Records & Promotion. 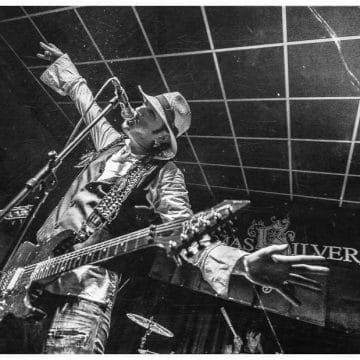 “The video takes place in an esoteric and mysterious nocturnal Florence and is enriched by the appearance of a very special guest, the legendary dancer and actor Lindsay Kemp, largely known as one of the most iconic and influential artist of the last century pop culture, mentor of David Bowie and Kate Bush. Thomas Silver will present the new album with an exclusive show and release party in Milan on November 9th for the Volcano Rock Fest.”