Former Hardcore Superstar guitarist Thomas Silver achieved a milestone today with the release of his debut solo album The Gospel According To Thomas. 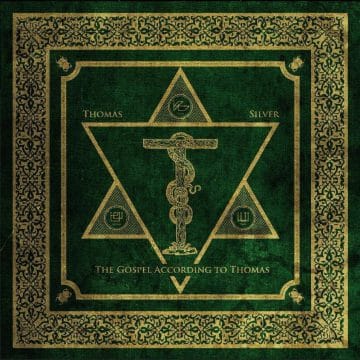 Today I am a happy camper!

Today is the release date of “The Gospel According to Thomas”.

You can find it in your local record store.

Thanks to Alessandro Liccardo and Volcano Records for making this happen.

I actually never ever dreamt about releasing this in Japan and Europe. Love you guys.

It will also be available on vinyl through Night Of The Vinyl Dead. Thanks a lot, Geppe Notvd.

A big thanks also goes out to Andrea Falaschi, who made the amazing artwork for this album. Spot on!

The Gospel According to Thomas has got fantastic reviews from every direction and I have not read a single negative word so far. 88/100 in Burrn! Magazine is so cool.

Kane Bennett, this would never see the light of day if I didn’t met you. You are the most awesome guy, the best producer I’ve worked with and a genius on every level. Love you, bro.

~~This is such a great record, I genuinely believe this is the greatest rock n roll record I have had the pleasure of reviewing, ever! Seriously need to catch a live show!