After having one of the shortest stints in L.A. Guns‘ history, guitarist Johnny Monaco has taken a real left field musically with the ’70s “current experimental pop” group The Socialites. 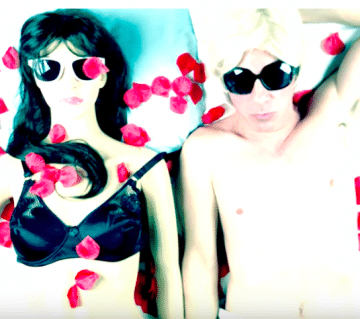 The following message was posted in part on Monaco‘s Facebook page back on July 26, 2018:

“My NEW band THE SOCIALITES is glam AF & we’re making a spectacle of ourselves! CHARLOTTE wants to ride to the gigs on the back of the motorcycle & she never misses a note.

In an interview with Metal Sludge earlier this month, Monaco explained why he left L.A. Guns last month when he stated in part:

“I played in L.A. Guns for a little over two months (12 shows). I believe I did everything that was asked of me & more.

The “leaving because of the travel” comment was taken out of context and related to specific issues and frustration with a particularly bad travel week.

I tour all the time and will continue to do so. Traveling is actually one of the benefits to being in a band like this, you get to see the world & play your guitar. Phil possibly misunderstood.

My reason for leaving was simply that I didn’t feel it was a good fit for L.A. Guns & I would’ve been forcing myself to continue.

Johnny & Charlotte. Two aliens sent to earth to save humanity from themselves with the power of pop music. Playing all the hits of yesterday & today, THE SOC…