Ex-L.A. Guns guitarist Michael Grant reveals that he was asked on two different occasions to play in Ratt 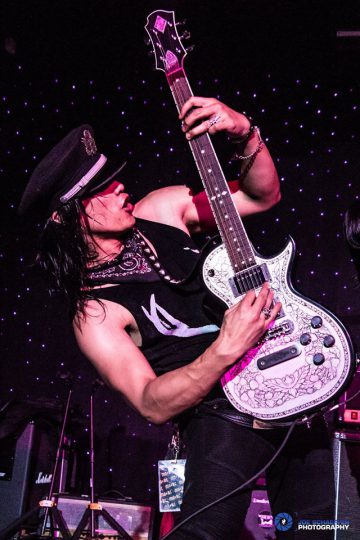 At the end of the interview, Grant was asked how close he was to having a Ratt problem to which he first replied: “Say again?”

When Mosqueda asked again how close that Grant was to having a Ratt problem since he had been pursued by the band, the guitarist indicated:

“[Laughs] I see what you mean now! [Laughs] Yes! They contacted me, but it didn’t come close to happening. I’m grateful that they asked. I’m grateful for the potential opportunity. On both occasions that I was asked, I told them that they could probably find a better fit. I was trying to get my own band going.

The second time, they asked I let them know that I would be down for a few shows but it wouldn’t be a long term deal. I’m a professional. If I could only do a few dates because I’m trying to get my band going, then what’s the point, right? So because I wanted to get Michael Grant & The Assassins going, I had to respectfully decline.”

You can read the rest of the interview with Michael Grant by Ruben Mosqueda at Sleaze Roxx.