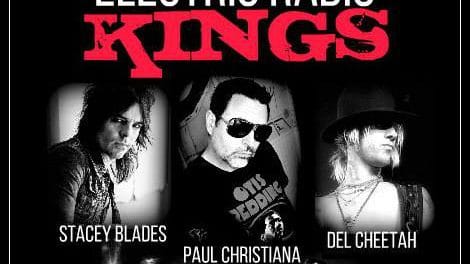 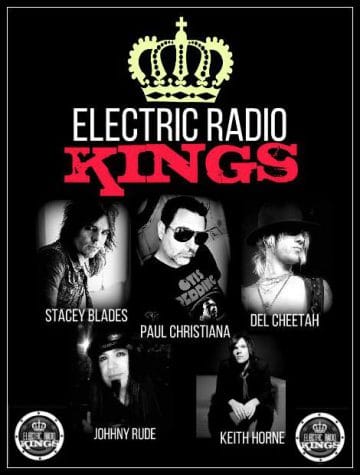 The group consists of Blades on lead guitar, Paul Christiana on lead vocals, Del Cheetah on bass, Johnny Rude on drums and Keith Horne on guitar.

Electric Radio Kings describe themselves on their Facebook page as “alternative street rock” and as follows:

“ERK blends many great mixtures of past and present to combine one incredible infectious RNR sound with sprinkles of Cheap Trick, Foo Fighters and STP.”

The band posted the following message on its Facebook page back on November 14th:

“Welcome new members this beautiful week! Here’s a little promo on the band which features our new smash single Grabbing At A Distant Star

It’s been a great 1st week with lots of press and great feedback on the band.

Thank you all so very much!

ERK PROMO VIDEO (promo use only)