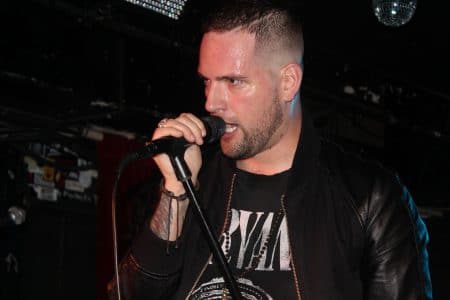 Following the unfortunate demise of the Canadian hard rock group Last Bullet, its frontman Bryan Fontez is pondering whether to go solo or start a new band. Fontez has asked his Facebook followers to participate in a poll to help him decide what to do.

“So I’ve been in the studio with my buddy Ross Hayes Citrullo demoing some new music with hopes to record an album by the end of the year. At some point I’d like to put a band together, but I’m debating whether I should promote the project as a solo artist, or as a new band with a new name entirely.

Though I’ll be the primary songwriter, I plan on running it like a proper band where everyones opinions/ideas are welcome/respected and where everyone is expected to work hard on and off stage.

What do you think? I’d love to get feedback from fans, friends and fellow musicians on this so feel free to share your thoughts…” 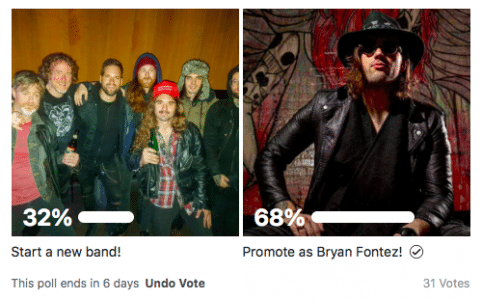 Sleaze Roxx attended Last Bullet‘s historic final gig at the Horseshoe Tavern in Toronto, Ontario, Canada on January 27, 2018 and stated as follows in its review:

“Last year around this time, I got to see former Accept singer Udo Dirkschneider perform a setlist of Accept classics and the general consensus among concert attendees seemed to be that we had just seen the concert of the year as the atmosphere and concert were off the charts. As it turned out, that did end up being my concert of the year for 2017. I feel the same way about Last Bullet‘s gig at the Horseshoe Tavern. It was an exceptional performance from a band giving its all ’til the last possible note and will likely end up as my concert of the year for 2018. I just don’t see how another concert will be able to top Last Bullet‘s performance at the Horseshoe Tavern this year. I am also going to give a shout out to Fontez whom I consider one of the great frontmen in rock n’ roll who on a good day I would place second to only the ultimate frontman in rock n’ roll — Twisted Sister‘s Dee Snider.”