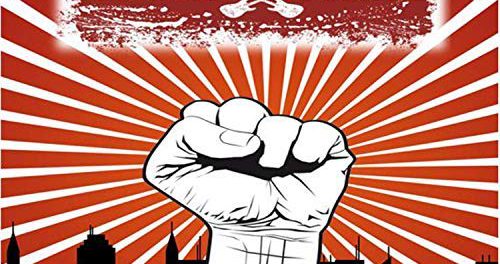 Ex-Gillan and Ozzy Osbourne guitarist Bernie Torme has released a single titled “Come The Revolution” which you can listen to via Distrokid. Torme is also working on a double album titled Shadowland and he has started a PledgeMusic campaign in that regard. 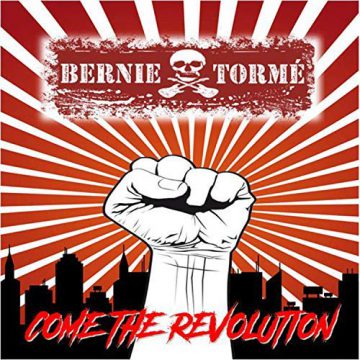 “I am very pleased to be back here at PledgeMusic to make a new album!

This is my 4th time working with PledgeMusic, and at this stage it feels like it’s almost turning into an addiction! But a good one!

This new PledgeMusic project will be a double album entitled ‘Shadowland’.

I’ve got some great songs & ideas for it already, & a great band too, I can’t wait to get back in the studio to record them.

There are lots & lots of special Pledge items & experiences with this project, but the one I am most looking forward to is the fact that YOU GUYS CAN PLAY ON THE ALBUM! Yes, we are looking for about 60 seconds of sonic mayhem from pledgers to make this project really rock! (Have a look at the ‘Play On The Album’ Pledge option).

So what else can you get if you pledge?

When you pledge/pre-order the new ‘Shadowland’ album, not only will you get the ’Shadowland’ double album as a download or as a physical double CD, but we are also throwing in a free additional album of rare vintage tracks called ‘A’s & B’s 77-81’.

These vintage tracks have been lovingly restored from the original vinyl, and are only available to pledgers on this PledgeMusic campaign. ‘A’s & B’s 77-81’ will be available as a download for all, and also as a free CD for those who pledge/pre-order the ’Shadowland’ physical CD package.

In addition we’ve got lots of great one-off Pledge items, some very rare Gillan memorabilia (stuff that only the band & crew at the time had), some of it so rare that I have to thank my old Gillan compadre Colin Towns for donating it to this project because I had lost mine!

There is also a Limited Edition Photobook culled from my personal collection of photos & press cuttings, and various other goodies, including a chance to jam onstage with the band the next time we tour the UK.

I am really looking forward to getting going on this, I hope you get on board & support me and the new ‘Shadowland’ project in the same way as you did on my 3 earlier PledgeMusic projects, ‘Flowers & Dirt’, ‘Blackheart’ & ‘Dublin Cowboy’. You guys make the whole experience so much more enjoyable, hands on, & fun.

As I said before, I need your support to make all this happen. By pledging & pre-ordering you guys enable me to do the thing that matters most to me, to record new music. It’s great to go out & play all the old stuff, I really love that too, but writing & recording new music is life blood to me. And PledgeMusic enables me to do that.

So I really hope you get involved, & if you do I honestly cannot thank you enough! I hope you do.