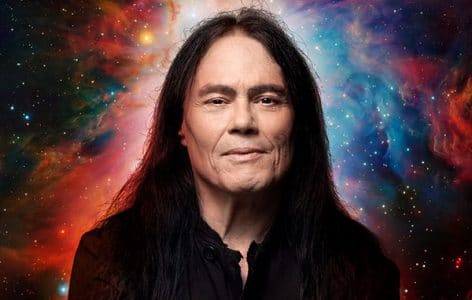 When asked whether he would be interested in playing a few shows with Blackmore, Carey replied (with slight edit): “He will never ask me, ever. I left for a reason. We did not get along. He fired me twice and hired back three times and on fourth time I just left ’cause it got too weird. He is very difficult person or he was – i haven’t seen him in 40 years. Believe me I’m the last person he would call.”

When it was pointed out that the duo’s musical collaboration was “perfect” [on 1976’s Rising and 1977’s On Stage], Carey stated: “See, musically I had no problems with Ritchie – it was personal thing. He was a difficult man in the 70’s. A can promise you he would never call me. But I don’t care. It was a long time ago. You weren’t even born when I left Rainbow.”

In terms of the stories that Blackmore didn’t play encores if he wasn’t satisfied with the crowd, Carey advised: “It’s not a crowd. If Ritchie didn’t play an encore, he wasn’t upset about a crowd, he was upset about himself. That’s really important to know. We also had a lot of problems with this big stupid electric rainbow – it made guitar and Hammond so much buzz, sometimes it was louder than the band and was really hard to fix. So Ritchie was really frustrated. So I wouldn’t say that Ritchie didn’t do an encore ‘cause he didn’t like an audience, he didn’t do it because there were other reasons. And usually he was really critical but he’s mostly critical of himself. He is a real musician, he is not just a showbiz guy. And all great musicians are crazy! Liam Gallagher is crazy, Miles Davies was fucking crazy, I’m probably crazy.

You can read the rest of the interview with Carey at Good Times Rock.