Great news for fans of Sister Sin and especially their powerhouse female lead vocalist as Liv Sin has signed with Despotz Records and is planning on releasing her first solo album in early 2017. 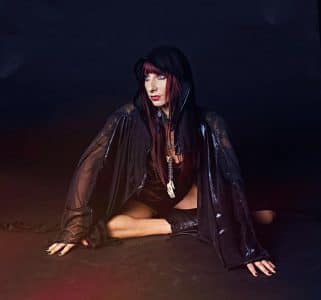 The following announcement was just made on Liv Sin‘s Facebook page:

Former Sister Sin vocalist LIV SIN is currently in a secret location working on her debut solo album which is being produced by longtime U.D.O. bassist, Fitty Wienhold. The as yet untitled album sees Liv working with two Swedish musicians in Per Bjelovuk on drums and Patrick Ankermark on guitars. The album will see a worldwide release in early 2017 through Swedish label, Despotz Records, with extensive touring expected after the album is released.

Liv says of the signing, “To me, signing with Swedish label Despotz feels great because I know they work a lot both internationally and here in Sweden. I think Despotz will give me the best start for my new band and for a successful future”. 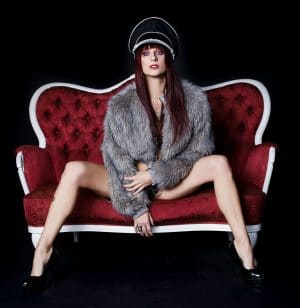 Omer Akay from Despotz adds “Liv Sin‘s presence as a strong front woman and her unique voice didn’t go unnoticed here at Despotz, and now it´s finally a dream come true to work with Liv Sin and take her music beyond the masses”.

From the dark beaches of south Sweden, Liv ”Sin” Jagrell emerged as a major force as the vocalist for hard rockers Sister Sin. Throughout their 13 year career, Sister Sin sold thousands of albums and toured the world with high profile tours supporting the likes of Slayer and King Diamond on the Rockstar Mayhem festival tour, as well as being a part of the Revolver magazine ”Hottest Chicks in Metal” tour. Sister Sin toured relentlessly for over a decade across Europe and North America garnering an intensely loyal following of rockers that craved the band’s aggressive and melodic brand of hard rock.

When Sister Sin called it quits at the end of 2015, Liv knew that she had much more to give to her fans. From this, LIV SIN was born.”

Sleaze Roxx recently asked its readers who was the Ultimate Metal Queen and Liv Sin was voted number three behind only Doro and Lita Ford.