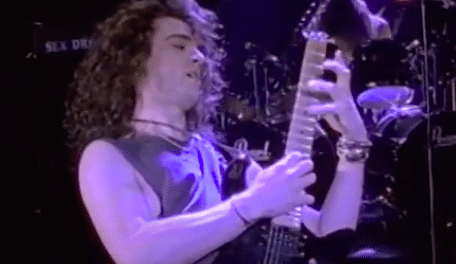 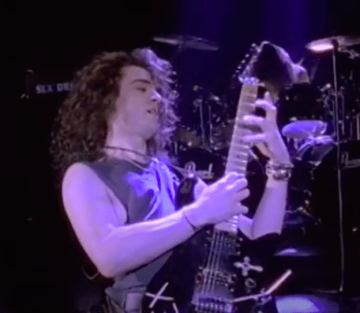 Daly asked Poe to take him through the process from when he left Spread Eagle [in 1996] to where he is now. Poe stated: “I put everything into Bang and Spread Eagle. Total commitment. That is true with whatever I do. It was an amazing time, for sure. After it was clear that Spread Eagle was finished, which I have spoken about in other interviews, I just moved on. No regrets. I did a film score for The Basketball Diaries, an album with my friend Adam and lots of music for VH1 over the next few years. But I was also doing more and more drugs. It was that which brought me to my knees, literally, and created a crack of light, sending me on my spiritual path.

In that moment, everything stopped, drugs, alcohol, and cigarettes, and I was thrust onto a new life course. I didn’t choose it; it is what happened. It was an equally committed and very intensive eight years of searching for truth, reading books, meditating for thousands of hours, traveling around the world, meeting teachers, and living in India with sages. When that was finished, and since then, music is again a huge part of my life, but in a very different way than before. There is no longer the need to succeed, make it, or be special. There is only the pure love of creating music in the moment. Of course, I like to share the music with people who would like to hear it.”

Poe was asked whether he would ever publish another book to which he replied: “I have three books already on Amazon and have written two more in the last couple of years. The one I sent you is one of the new ones – A Crack Where the Light Comes In. It’s an autobiography. I have not yet decided if I will publish it; still mulling that over.”

You can read the rest of the interview with Salvadore Poe at Vinyl Writer Music‘s website.