One book that may well be interesting to read will be former Stryper bassist Timothy Gaines‘ upcoming autobiography given that it will likely obtain his perspective on his time in and out of Stryper along with his experience with Chronic Lyme Disease. 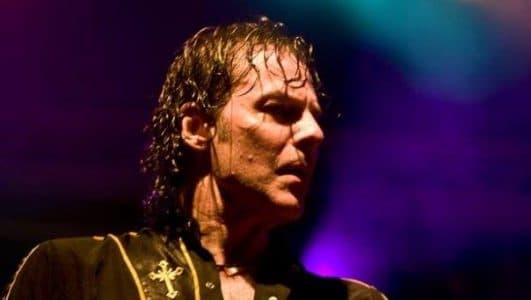 The following message was posted on Gaines‘ Facebook page yesterday:

“In writing my autobiography, I am currently writing about my experience with Chronic Lyme Disease. I was infected by a tick in 2008. 10 days into the infection, I was sent to the ER, being told by an urgent care doctor that I was having a heart attack.

In the months that followed, one of the first indications that something was desperately wrong with my system was I started having fatigue and night sweats. As the fatigue came and went, I experienced unusual body sweats while playing on stage. I would become embarrassingly “soaked” in sweat after only a few songs. This photo captures what I went through in 2009. Only a few numbers into the set I was drenched. Crazy stuff, and it only gets worse.”

Wikipedia states the following in part about Chronic Lyme Disease (with slight edits): “Chronic Lyme disease (not to be confused with Lyme disease) is a generally rejected diagnosis that encompasses “a broad array of illnesses or symptom complexes for which there is no reproducible or convincing scientific evidence of any relationship to Borrelia burgdorferi infection.” Despite numerous studies, there is no clinical evidence that “chronic” Lyme disease is caused by a persistent infection. It is distinct from post-treatment Lyme disease syndrome, a set of lingering symptoms which may persist after successful treatment of infection with Lyme spirochetes. The symptoms of “chronic Lyme” are generic and non-specific “symptoms of life”.”