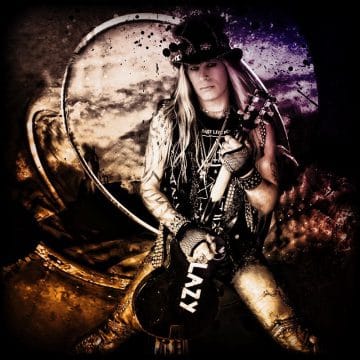 Lazy X‘s Facebook page indicates on January 30, 2020 that a new mini-album titled Iconic Soul was going to be released on October 31, 2020.

The guitarist’s YouTube caption for his video “Snowman” which was released eight months ago states in part:

“From Oslo Norway, he was raised on real rock’n roll like Led Zeppelin, Guns n Roses and Aerosmith. He was the lead guitarist in Suicide Bombers from 2011-2017 and released his first album as Lazy X on the sixth of December 2017.

Music is my genuine path in life. It is the best way for me to give of myself to this world. I sacrifice for it in a way that I do for nothing else.”