Hot Press has reported that the former The Quireboys and The Wildhearts guitarist Ginger Wildheart was arrested during a gig in Ireland and attempted suicide while detained in an Ireland jail. 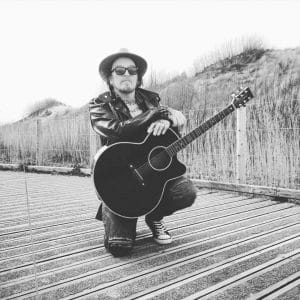 The following excerpts are from the Hot Press article published earlier today:

“The singer spent a night in the cells following a gig in Ballymena.

There are grave concerns over Ginger Wildheart following an incident at an acoustic show he played on Saturday night in Ahogill, Ballymena.

The former Quireboys and Wildhearts man, who’d gigged the previous night in Dublin, became involved in an altercation with an audience member after performing a two-and-a-half-hour set in The Diamond Club.

“Night in the cells,” he tweeted the following day. “Stranded alone in Ireland. Sunday fucking Sunday.”

Ginger went on to reveal that he’d attempted to take his own life and was “fucking gutted” to have failed.

“Currently sectioned for who knows how long,” the singer, who’s been open about his mental health issues, added. “My life has become unmanageable under medication.””

You can read the rest of the article at Hot Press.

Wikipedia states the following in part about The Quireboys and Ginger Wildheart‘s time in the band:

“The Quireboys are an English hard rock band formed in 1984 in London, with strong ties to Newcastle. When the band formed they were originally known as The Queerboys and later as the London Quireboys in the United States and Canada, settling at last with their current name….

By 1987 the band’s controversial name was starting to hinder them, it caused some of the gigs on their tour with Andy McCoy‘s band to be cancelled. They were also booked to play Reading Festival on the understanding that they would change their name. 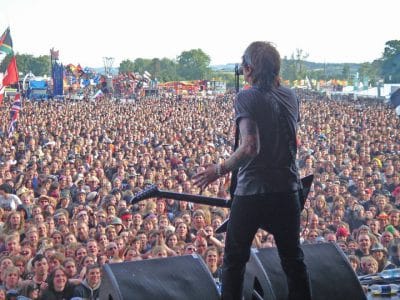 Thus they changed it to the Quireboys and have kept the name ever since. They released two singles via Survival Records, entitled “Mayfair” and “There She Goes Again”. Another musician from Newcastle was brought in on rhythm guitar, and Ginger made his performing debut at the Hammersmith Odeon where the band were supporting Guns N’ Roses. At the end of 1989, the band released the single “7 O’Clock”, which entered the Top 40 of the UK Singles Chart.

Sharon Osbourne was appointed as manager and The Quireboys were signed to EMI for the release of their debut album, A Bit of What You Fancy. By 1990, the Quireboys had fired Ginger (who went on to form The Wildhearts), who they replaced with former Cradle Snatchers / Feline Groove guitarist Guy Griffin. For the debut album Cozy was substituted by Ian Wallace who played with Bob Dylan….”

Wikipedia states the following about The Wildhearts (with slight edits):

“The Wildhearts are an English rock group, formed in 1989 in Newcastle upon Tyne. The band’s sound is a mixture of hard rock and melodic pop music, often described in the music press as combining influences as diverse as The Beatles and 1980s-era Metallica. However, this characterization is denied by the band, who see their influences as being far broader, as shown in the song “29 X The Pain”, which lists many of group leader Ginger‘s influences. Despite several top 20 singles and one top 10 album in Britain, the Wildhearts have not achieved major commercial success, owing in part to difficulties with record companies and many internal problems often relating to recreational drugs and depression. Much of the band’s early career was affected by bitter feuds with their record company, East West.

In the band’s turbulent and unpredictable history, band members have regularly been replaced, with the only constant member being the band’s founder Ginger (birth name David Walls) – the singer, guitarist, and predominant songwriter. Several band members have appeared in the line-up more than once. The band has also been split up or placed on hiatus by Ginger multiple times. The most recent recording line-up convened in 2006 but went on hiatus in late 2010. Ginger reformed the band once again for a special one-time appearance in December 2012, which has been extended to touring in 2013 and 2014.”