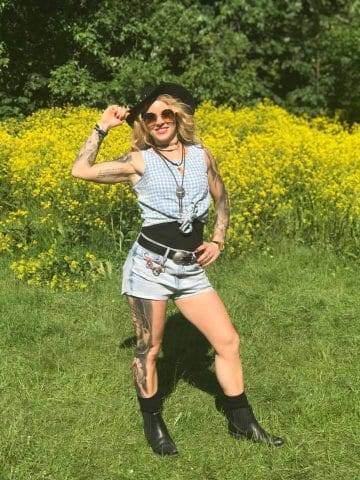 Former Thundermother lead vocalist Clare Cunningham continues her change in musical direction with the release of a video for her solo song “Old Time Preacher” and her foray into country music.

The Thundermother line-up that released the studio albums Rock ‘N’ Roll Disaster (2014) and Road Fever (2015) announced that four of the five members were leaving the band on March 29, 2017.

Massive thanks to everybody who came out to Hard Rock Cafe Stockholm last night to see the premier. The support is hugely appreciated!