Sebastian Bach and former WildSide guitarist Brent Woods has publicly revealed today that he has been diagnosed with a rare form of leukemia called HCL. 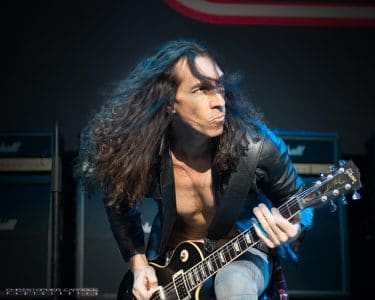 “This is NOT a sympathy post but more of an awareness post. I haven’t told many people about this but the word has spread a bit and I’m getting a lot of concerned messages. I don’t post much but felt this is the easiest way to respond to everyone. Yes, I was recently diagnosed with a rare form of Leukemia called HCL. Approximately 1,200 people are diagnosed every year, it’s not hereditary and experts say they don’t know how one gets it. I start chemotherapy treatment today. I want everyone that reads this post to please go get your bloodwork done. I had NO idea I had this until I did. I had NO symptoms whatsoever. In fact , the only reason I got my bloodwork done was because I went to get a covid antibody test in May and my Dr. said “It’s been a while since we’ve seen all your bloodwork, so while you’re here let’s do it all”. I did and it showed a lot of my levels were alarmingly low. After months of testing, treatments and bone marrow biopsies with my hematologist, I was diagnosed with leukemia. I’m fortunate to have great medical insurance and I know some of you don’t have insurance at all but it doesn’t cost much to get your bloodwork done. It could possibly not only save your life but save you a lot of money in the long run.

GO GET YOUR BLOODWORK DONE!!!

As for me, I’m going to kick the shit out of this thing!!!