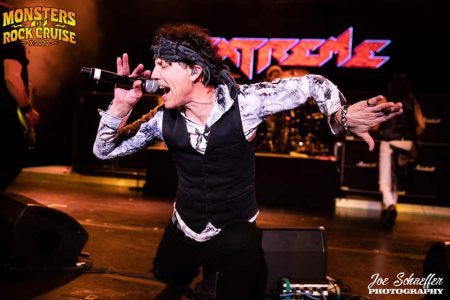 Extreme and former Van Halen lead vocalist Gary Cherone has released his cover of Kanye West‘s track “God Is” to coincide with Easter.

In an interview with Newsweek, Cherone explained why he decided to cover the song.

Cherone stated (with slight edits): “Obviously, Kanye and I come from two different worlds. Maybe I can introduce my audience to that record and move them to check out the original version… I’m not the biggest Kanye fan, but I kept hearing about his new record, so I checked it out, and I just kept going back to that song. I just wanted to sing it in my rock voice.”

The former Van Halen frontman added: “Kanye made a pretty bold statement. He made me think of Dylan… There was no middle ground with his Christian records. Critics either loved them or hated them. I was pretty inspired by Kanye‘s artistic expression — not caring about anything except for what moves him. That was pretty inspiring, and it motivated me to do this.”

You can read the rest of the article / interview with Gary Cherone at Newsweek‘s website.