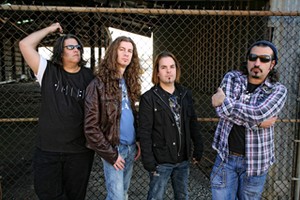 Beginning today, AOL Music is hosting full album listening parties for all three of these Scarlet Records releases. Head over to http://music.aol.com/new-releases-full-cds and get a first listen to all three new releases from Scarlet Records.