Canadian hard rockers Fallen Heirs will be playing nine shows throughout the provinces of Ontario and Quebec in Canada from September 22, 2017 to November 16, 2017. 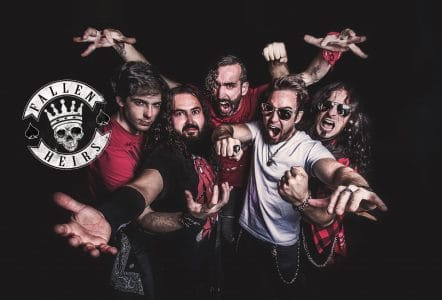 The following announcement was made on Fallen Heirs‘ website (with slight edits):

“Canadian hard rock band Fallen Heirs is pleased to share that they have 9 shows booked for their upcoming 2017 fall tour.

In addition to announcing the Zero Fuxx tour, Fallen Heirs has added guitarist Matt Skypas and drummer Ryan Abramowitz (also the drummer for The Unchained) to the lineup.

“The band went back to the drawing board and planned to take both our music and our live shows to the next level.” says guitarist Jay Sayne.

“Adding Matt and Ryan has helped increase the power of the deliverance of our songs. We have an impactful set planned for every date on this run.”

Pre sale tickets will be available for most dates. Brand new Fallen Heirs merch has been created and will be sold at every show.”