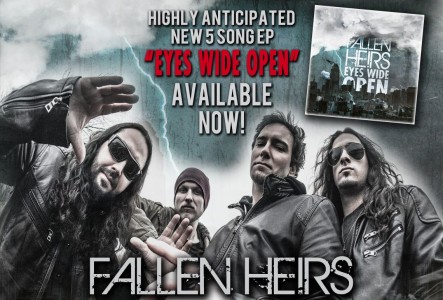 Canadian rockers Fallen Heirs have released another song from their latest EP Eyes Wide Open. The track is called “United, Man” and is available to listen via YouTube. The EP Eyes Wide Open was released back on November 13, 2015.

Fallen Heirs posted the following message (with slight edits) on their Facebook page in regard to their latest released song:

“Check out one of our favourite songs off our new EP –Eyes Wide Open– titled ‘United, Man’ below!

We felt this song really tied together the disc in a lot of ways and we are excited to share it with you!”