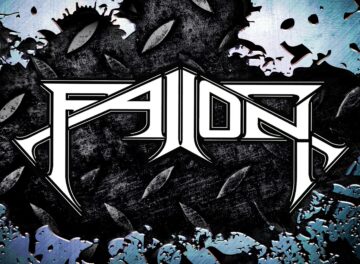 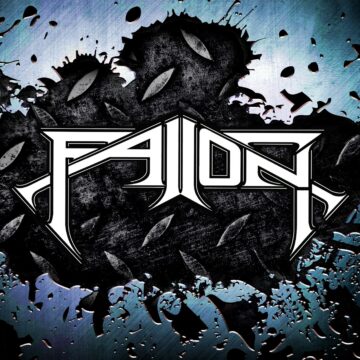 “Fallon was a commercial hard rock band from NJ formed in the early 1990’s. They  were a proficiently sound and sturdy band that had all the makings of a national prime time act, and they should’ve made it big considering all the talent running through this band.” The band featured Matt Fallon (Steel Fortune, Anthrax, Skid Row) on lead vocals, along with Aaron Wilkinson (Raze) on guitar and vocals, Glen Moran (Pierce, Monroe) on bass and vocals, and Jon Nicholson (Atom Stranger) on drums. Matt Fallon fronted several local acts in the early 1980’s including Steel Fortune where he first teamed up with guitar player Dave Sabo (Skid Row). After playing the club circuit with Steel Fortune for a few years, Matt then joined Anthrax in 1984 and they began recording “Spreading the Disease”, however he left before finishing the album and he was replaced by Joey Belladonna.

Matt teamed up with Dave “Snake” Sabo in 1986 and helped launch Skid Row. He later played songs like “Youth Gone Wild” and “18 And Life” in clubs, recorded at Jon Bon Jovi‘s studio and opened shows for Bon Jovi.

In December 1986, Skid Row opened for Bon Jovi on their Slippery When Wet tour in Bethlehem and Johnstown, PA. The following year, Matt and the band parted ways and he was eventually replaced by Sebastian Bach.

Formed right after Matt left Skid Row, Fallon (1989-1991) recorded a 4 song EP at Sound Design Studios in Philadelphia, PA with Bill Fitch.  The EP was shopped to all the labels but the allusive contract was never meant to be.

FnA Records is proud to be releasing the self-titled Fallon album for a second go round.  After the first batch sold out, FnA Records was continuously besieged by requests to re-release the album to meet demand. Finally in 2022, the timing was right, and FnA Records are excited for the fans who may have missed this gem the first time around to hear what the buzz is about.

The CD is a silver-pressed CD with an informative booklet and 12 tracks.  The sound is as good as it gets.”

Matt Fallon gave a rare interview to Sleaze Roxx back in January 2016 and the singer recalled how Skid Row formed in the first place. “After I left Anthrax, I took some time off from music, but then one day I got a call from Dave [Sabo] about putting another band together. Dave had been working with an A&R guy at a major label, and this guy actually gave Dave my name as a potential front man… which was kind of funny since we already knew each other and had played together in Steel Fortune for years. The short version of the story is that Dave met a bass player named Jimmy Southworth [Rachel Bolan] at a music store and they began talking, so he gave him some tapes of stuff we had been working on and invited him to jam with us. Rachel was playing in another band with Scotti Hill at the time so he didn’t want to commit, but we eventually began working together more frequently. Dave had known Rob Affuso through Bon Jovi, and Rob came in for an audition, then not long after that Rachel brought Scotti along to a session and Skid Row was born.”