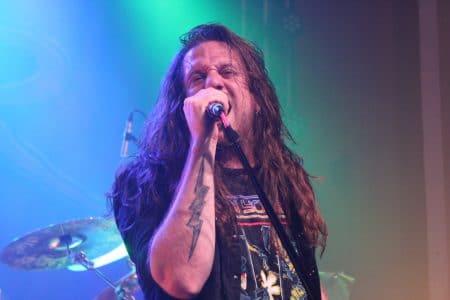 There has seemingly been no word from any of the Striker band members consisting of lead vocalist Dan Cleary, guitarists Tim Brown and Chris Segger, bassist Pete Klassen and drummer Jonathan Webster.

Striker describe themselves as follows on their website: “Striker is a JUNO Award winning Edmonton-based recording and performing heavy metal band that has grown immensely through their years in the industry. A classic mix of heavy metal, hard rock, and 80’s hair metal, their music features powerful, clean vocals, catchy choruses, vocal harmonies, and impressive guitar leads. If you came looking for shred, you found it!”

Interestingly, Striker have just released a new single titled “Deathwish” with the following caption on YouTube: “We ain’t dead yet. Shout out to everyone not giving up in 2021.”

Striker‘s “On The Run” video (from Play To Win album):