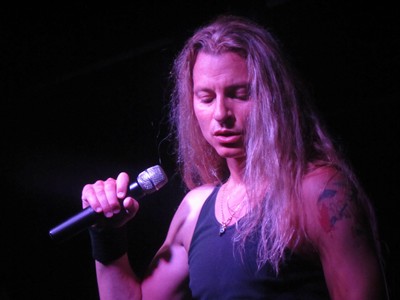 Famous Underground guitarist and solo artist Darren Michael Boyd was recently interviewed by Rob Loiacano for All Music / All Bands. Boyd will be releasing a new instrumental album titled Wonders of The Invisible World in late October 2020.

In terms of his upcoming new album, Boyd indicated (with slight edits): “I’m really excited about this album! It’s called Wonders of The Invisible World and the release date will be some time late October 2020 – just in time for Halloween, kids! At this moment I am finishing up the final mixes and ready to send it to be mastered and manufactured (for those who want a physical CD). There are a lot of last minute steps to make everything come together, along with promotion. Musically speaking, it’s a guitar-dominant album, but it’s not made exclusively for guitar fans – there’s plenty of ripping six-string, of course, but it’s not a shred-fest at all. I think fans of Lifting the Curse (my debut solo album) are going to love this. I hope to pick up a lot of new fans along the way, like a big old Canadian snowball picking up speed and running people over! (In a friendly Canadian way, of course).”

On whether Famous Underground, which features Slik Toxik frontman Nick Walsh, have any plans for new material, Boyd revealed: “We have an entire album’s worth of songs recorded already, and we’re so proud of the music and can’t wait to unleash it. I have no idea when that is going to be, but I cannot wait to hit the stage again with my Famous Underground family!”

You can read the rest of the interview with Darren Michael Boyd at All Music / All Bands‘ Facebook page.

Famous Underground released the song “Corrupted” back in February 2017, which was the band’s first new material since its self-titled album released back in 2011.