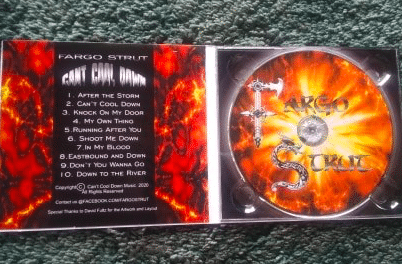 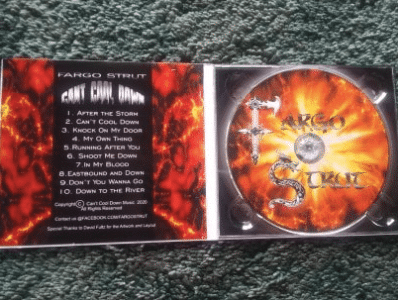 The following message was posted on Fargo Strut‘s Facebook page back on March 31, 2020:

“Today is a monumental music day for me and Fargo Strut! After about four years of work, lots of the ups and downs, and quite a few changes in the band, the Can’t Cool Down CD is finally here!??Thanka again to Jeremy Asbrock for laying down some lead on one of the songs! We plan to have a CD release party / gig when things get back to normal in the world. If you would like to get a CD, message me or one of the guys in the band. ???⭐???????”

Sleaze Roxx stated the following in its review of Fargo Strut‘s self-titled album: “This band is tight, no doubt about that. My guess is they blow away the live crowds, and I’d get a ticket in a second. Sure, the album production suffers. But I’m thinking about early American Dog; how they stuck to a formula and reveled in it. That’s not a bad thing. After ten or more years, I’m still listing to The Dog. Fargo Strut have some pretty good potential, and I’m personally looking forward to whatever they come up with next.”