Faster Pussycat apologize “sort of” for insults towards Stryper

After a few days of apparently receiving backlash for their unprovoked insults towards Christian hard rockers Stryper, Faster Pussycat members Chad Stewart and Danny Nordahl have issued a general public apology for their “sense of humour” without mentioning Stryper. 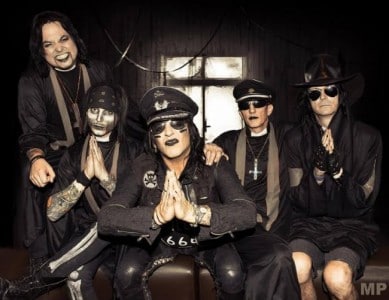 The “apology” letter as reported by Metal Sludge states:

Let me start by saying that anyone who as ever hung out with anybody in the FASTER PUSSYCAT camp knows we like to fuck around…. A lot.

Having said that, our sense of humor may not be for everyone. …..Childish, distasteful, arrogant and in some cases just flat out WRONG ; )

If you don’t understand a bunch of guys getting together, having drinks, cracking jokes, and cutting on each other, than NOTHING we can say or do will change your mind in this matter.

ANYONE who has spent time with us – Be it the bands we tour with or the fans that come out and hang with us year after year all over the world will tell you that pretty much ANYTHING is fair game, EVEN each other….and trust us, if we were pulling a “publicity stunt”, you would know it.

Rock N’ Roll is supposed to be dangerous, edgy, dirty, and fun – and, ironically – the one thing we DO take seriously IS Rock N’ Roll.

So to anyone we have upset in the past, present or future – We apologize in advance – But seriously, Lighten up.

See you on the road,