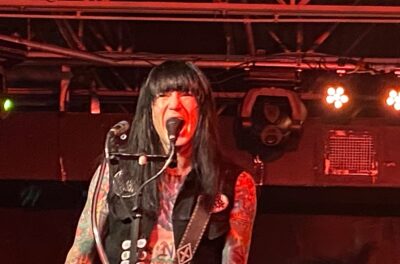 Faster Pussycat guitarist Ronnie Simmons has replaced Bob Spencer in the Australia band Rose Tattoo. Back in early December 2021, it was announced that Simmons was joining Faster Pusscycat. There has been no public indication thus far that the 34 year old guitarist will be leaving Faster Pussycat. 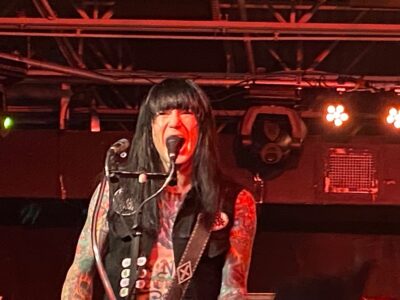 The following message was posted by Rose Tattoo frontman Angry Anderson on the band’s Facebook page back on December 14, 2022:

“Brothers and sisters, over recent weeks we have been deliberating as to whom might come into Rose Tatt’s line up to fill the position left by Bob’s departure,..well, the wait is over as we have decided on our replacement and I am very pleased to announce our own Ronnie Simmons as our new guitarist, our own because, for those that don’t already know, Ronnie was born and raised here in Australia being fed a daily diet of all things Aussie Rock by seriously responsible parents, Rose Tattoo played a prominent role in his musical education, he told me many years ago that some of the first songs he learnt to play were Rose Tattoo toons and since then he has held a dream of one day joining our band for some musical adventure so here we are welcoming a new player into our brotherhood who was raised on our music, no finer pedigree needed!

Ronnie and I first met quite some years ago, he was still a pup, well compared to the rest of us he still is, so he brings his youthful exuberance as well as his well known wizardry which has positioned him in the Los Angeles Rock scene.

He regularly plays in Richie Ramone and the Faster Pussycat crew to name just two.

In recent years, since relocating to LA, he has earnt himself a reputation as a consummate player, his guitar skills are now well known, his stage presence is charismatic but come see for yourself on that one!..Girls.

Ronnie will debut with the Tatt’s in February 2023.

See ya there or be square!……Ango.”