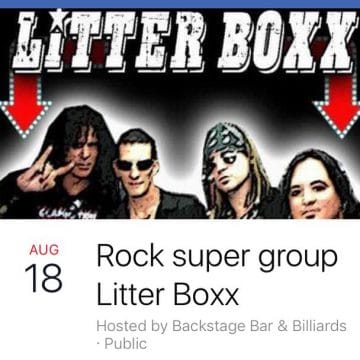 All of the current members of Faster Pussycat minus frontman Taime Downe will be playing together as the aptly named Litter Boxx at the Backstage Bar & Billiards in Las Vegas, Nevada, USA on August 18, 2017.

The following message was posted in part on Scary Music’s Facebook page yesterday:

It appears that the four Faster Pussycat band members will be playing covers as Little Boxx for the time being. Will this morph into new original material from Litter Boxx? Only time will tell.