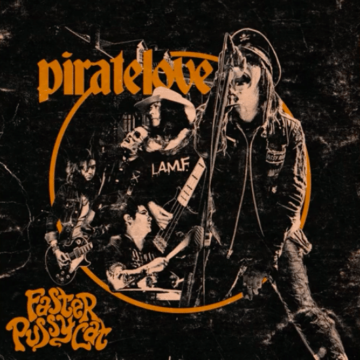 Sleaze Roxx stated the following in its review of Faster Pussycat‘s live album Front Row For The Donkey Kong, which dates back to 2009:

“Faster Pussycat‘s first live album, Front Row For The Donkey Show, was released in 2009 to lackluster commercial response, yet to much anticipated delight for long suffering fans of the band. The intrigue of this album is the stylistic offering of ‘new and old’, with several industrial-influenced songs from their 2006 studio release (after a fourteen year hiatus), peppered in with the classics from the late eighties and early nineties.

Front Row For The Donkey Show kicks off in grinding, crunching fashion with the title track to their latest album “The Power & The Glory Hole”. After years of band breakups, bickering, line-up changes and ultimately territorial pissing over who was able to even perform under the Faster Pussycat name, Taime Downe prevailed as the last original Pussycat left standing. As the distinct and recognizable voice of the band, Downe shows that he still has the lungs and can incite a rock and roll riot with his gravelly, yet strangely seductive, vocals.”