Faster Pussycat to release new single “NOLA” on May 21st 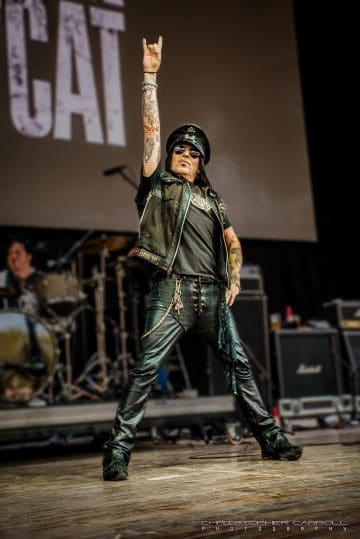 The group hasn’t released a new studio album since 2006’s The Power & The Glory Hole and a new single since 2016’s “I Love You All The Time.”

In terms of why Faster Pussycat haven’t released very little new music during his time in the band, the band’s former guitarist Ace Von Johnson indicated in an interview with Chuck Shute for The Chuck Shute Podcast back in January 2021 (as provided by The Chuck Shute Podcast with slight edits): “Yeah. And you know, what’s interesting is I wouldn’t have been able to answer that until about six months ago. And because I never knew, and it infuriated me that I went from putting out an album every six months in all my bands [to nothing]. So I mean, sometimes I was putting out five albums a year or whatever it was, planning on joining Pussycat. I was 26…. I’m trying to do the math…”

Von Johnson added: “I was 26 when they brought me in. And I was 27 when I became a member. So because I came in, in 2009, and I didn’t actually, I rehearsed with them for about a month and then off and on, and then didn’t get on stage with them for a few internal reasons until 2010. So but then at that point, became a member. I don’t know if it’s my position to be able to disclose why, but Taime [Downe], and some of the original guys collectively had some sort of bogus thing where basically, I’m trying to be vague here because I don’t want to sell my place to tell but I think the merchandising company that they owed money to, and they had basically garnished some sort of something to do with publishing. Okay, so basically, Taime said, ‘I’m not putting out music until this gets resolved.’ Because they were taking his money. And so go figure, it got resolved in the last, or is being resolved or has been resolved.”

Faster Pussycat‘s “I Love You All The Time” single: