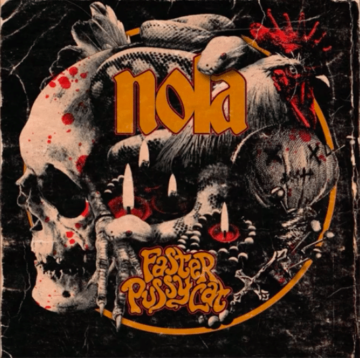 The sleaze rockers released their cover of Johnny Thunders & The Hearbreakers‘ track “Pirate Love” yesterday (on May 20, 2021).

Faster Pussycat have been touring for many years but haven’t released an album of new material since 2006’s The Power And The Glory Hole. Sleaze Roxx stated the following in its concert review of Faster Pussycat‘s tour stop in Sault Ste Marie, Michigan, USA back in February 2020:

“While I knew that I would enjoy the whole show, I was so jacked to see Faster Pussycat. Leading up to the show I cranked all their CDs including Power And The Glory Hole. At this time, Taime Downe is the only original but he has assembled a tight group of vagabonds to tour (and hopefully release some new music soon). They were up first and opened the show with “Jack The Bastard” (from Whipped!) a song that they traditionally open with so no surprise there. Taime looks and sounds great since quitting drinking and smoking. He then led the band into hit after hit with “Cathouse,” “Slip of The Tongue,” “Don’t Change That Song” and lighter in the air ballad “House of Pain.” Everyone there knew every word to every song. The group dug a bit deeper into their catalogue and performed one of my personal favourites “Friends.”

The band would then kick into one of their first hit “Bathroom Wall.” I have seen Faster Pussycat perform on four other occasions and this is the first time they pulled this trick out of their playbook. Halfway through “Bathroom Wall,” bassist Danny “Slim Tender” Nordahl took over the lead vocals and performed the Supersuckers cover “Pretty Fucked Up.” The crowd was probably not familiar with this one but the chorus was pretty easy to learn. Downe then came back to the mic and finished “Bathroom Wall.” The only song from The Power And The Glory Hole was the second to last song of the night — “Shut Up And Fuck.” Newest addition to the band, Sam Bam Koltun, added tons of energy on stage. Koltun, was not even born when the band was a part of the hair metal revolution but he had a solid performance and seemed to enjoy every moment on stage with his counterparts. The band ended their set with “Babylon” and for most fans, the night was complete. I purchased their concert t-shirt for $30.00 but nowadays, I really don’t know where I can wear a shirt that says “Raped and Pillaged by Pussy Power” on it. It will live in my drawer with plenty of my other concert tees. I would see this band if they performed alone on a bill so I could hear some other great tunes like “Where There’s A Whip There’s A Way,” “Nonstop To Nowhere” and “Number One With A Bullet.”