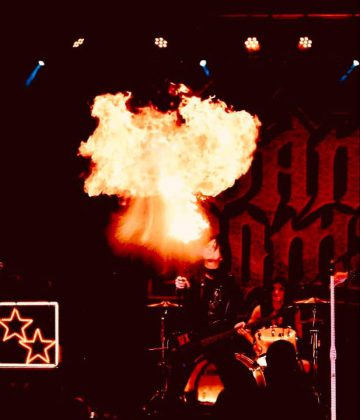 tour was getting postponed and Faster Pussycat announced earlier today that their UK tour starting in two days is cancelled.

Nevertheless, it’s not everyone that is cancelling their shows as Adam Bomb, who was scheduled to open for Faster Pussycat at the Underworld in London, UK on March 8, 2020, will be forging ahead and playing a show that evening at the venue but upstairs at the World’s End. In addition, Adam Bomb will be performing at Bannermans in Edinburgh, Scotland on March 10, 2020 instead of Faster Pussycat.

“We are so disappointed to announce the cancellation of our shows in the UK. Thanks a lot Coronavirus! ? We have been looking forward to these shows and it sucks that they have to be delayed (AND Rescheduled) due to the coronavirus. Thank you to everyone for your patience… and we will be back as soon as we can!⠀
⠀
Ticket holders should contact your ticketing company for a refund.” 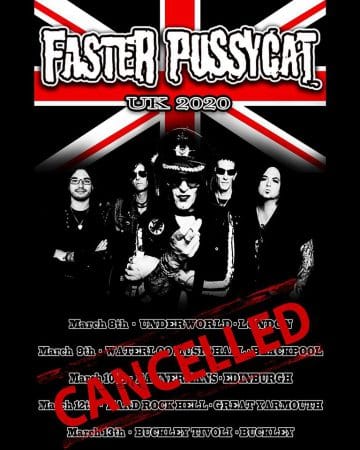 Yesterday, Adam Bomb posted a message on his Facebook account that he is looking to fill the rest of his calendar while in the UK including on March 9, 11, 12, 13, 16,17, 19, 21 and 23 and that he is open to playing in Scotland and possibly Ireland during that time.