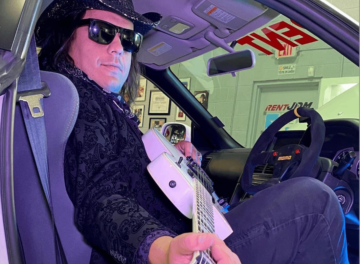 Fastride drop video for new single “Devil In Your Rearview” 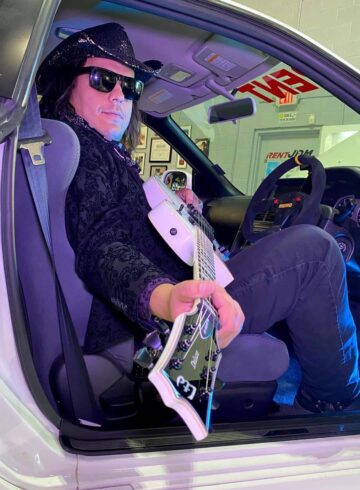 “Fastride is a hard rock band formed by guitarist/songwriter Ty Asoudegan. Ty, who is an alumni of Berklee College of Music, started his musical journey in Philadelphia. During his time on the East Coast, a song that featured Ty on lead guitar was chosen as the grand prize winner by Slash of Guns N’ Roses nationwide songwriting contest, hosted by Guitar Center. Slash stated in a radio interview that Ty had some of the most potential out of any of the young guitarists he’d seen at the time. Music publications such as Guitar Player Magazine recognized this accolade. This helped Ty forge the foundation for his own project.

Ty & his band Fastride have shared the stage with Buddy Guy, Scott Ian, Jake E. Lee, Tom Keifer and Jeff LaBar of Cinderella, Dean Ween, and members of Thin Lizzy and The Misfits.

Since relocating to Southern California, Fastride has performed at many clubs in the LA area, such as the Whisky A Go-Go, The Viper Room, and Molly Malone’s.

Ty loves to collaborate and experiment with different genres/styles of music. He collaborates with YouTube legend Ed Bassmaster, renown artist/muralist Robert Vargas, and is also a session guitarist at Gemini Musiq located at the legendary West Coast Customs (Home of MTV’s Pimp My Ride). Fastride’s music has also been featured in Porsche legend Magnus Walker’s new show “The Big Thing.”

Ty and the Fastride gang come out guns blazin with their new single “Devil In Your Rearview” which features JD DeServio (Black Label Society) on bass.”

Fastride‘s “Devil In Your Rearview” video: