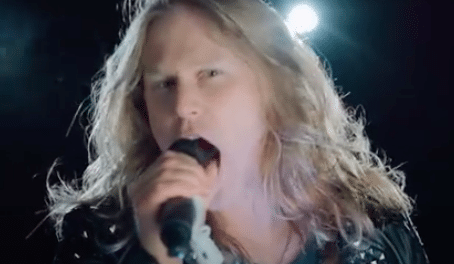 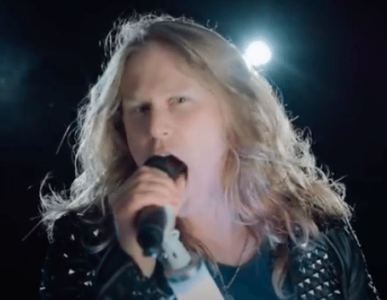 We are deeply affected to inform you that Dave is announcing his withdrawal from the band due to ongoing vocal problems (Sulcus Vocalis). It is with great regret that we say goodbye to our great singer and frontman, with whom we can look back on countless, unforgettable moments in recent years.

He won’t leave the band overnight though. Especially not now that we are in the middle of the songwriting process for the new album, which we are all very excited about.

I am so sorry to announce that I am leaving the band Fighter V. I have thought this very long and carefully, but unfortunately I don’t see an alternative. I’ve been having problems with my voice for several years now and I’ve reached a point where I’m no longer able to retrieve the performance I expect from myself. The more I burdened my voice with a certain regularity, the more common and obvious these problems became. At first I didn’t realize how to classify this. I visited various vocal teachers and worked mainly on my technique, which unfortunately only brought small, to no improvement in the existing problem. This was not because of the coaches though, these did a great job and I could learn a lot from them for my vocal use.

Unfortunately, various other sessions with coaches and even doctors remained unsuccessful. I just didn’t know what was going on and that frustrated me a lot at times. Earlier this year I then underwent surgery on the vocal cords in a special clinic – which revealed itself in addition to the supposed, unfortunately, the probably true reason for my ongoing vocal problems. The doctors have diagnosed me with a two-sided Sulcus Vocalis (vocal band wrinkles). A presumably congenital disorder of the vocal lip epithelium where the vocal performance and resilience decrease. Sometimes these symptoms don’t appear until adulthood or when the voice is used frequently and heavily. Treating a Sulcus Vocalis is difficult and often does not normalize the vocal performance or at least not completely.

Several doctors told me that I probably had to live with these restrictions. Singing again sometime in the future, don’t be excluded. However, therapies, exercises, patience and possibly other surgeries are essential. And even in the future, the treating doctors will also be critical of extensive vocal use and, in particular, multi-week tours. I’ve had it in particular in the last approx. eight months also noticed by myself, the voice has obviously lost strength and brilliance. She gets tired quickly and I can’t retrieve the high tones like before. In this state, I don’t want to record a new album or go on a tour as a singer. I have certain expectations of myself and if I can’t fulfill them I’ll suffer the consequences. The Sulcus Vocalis is not a threat to my general health though.

Our main goal as a band has always been to move forward and improve. I’m sure this band packs the next hurdles too, but with another singer. Rest assured, we all spend a lot of time in this project and as hard as the decision is, I don’t want to be a brake pad for the boys. Not leaving the band overnight. Especially not now that we are in the middle of the songwriting process for the new album, which we are all very excited about. Only the singing part will be taken over by someone else. I’m very sorry about all this, but there’s just no other solution. But I can assure you something, we all understand each other wonderfully in the band. It’s always been like this and at no point did this decision have personal reasons.

My deepest thanks goes out to all of you fans and supporters! It’s you who come to our shows, sing our songs, buy our records, write encouraging messages, and invite us to your home even after appearances for a beer or two. This is more than I could have 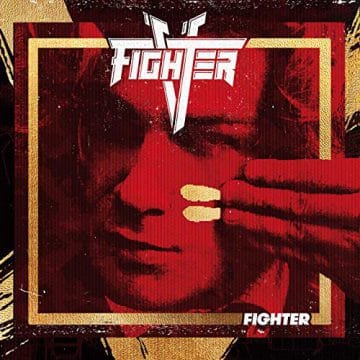 ever expected and I am very grateful to all of you. It’s nice to know that you were part of my journey with Fighter V. Last but not least, a big thank you and an even bigger hug to my boys. It was a great time with you and you are simply great people! And please no sympathy, like I said, I had a great time with you all!

A personal comment to conclude: I always loved singing. Nothing ever came close to making music and writing song. And I doubt anything or anyone can ever replace this. So as long as my vocal cords make at least one sound, I won’t stop making music. I don’t know what the future will bring or what will be possible and what won’t. But I will try anything to be able to sing again eventually.

We were deeply shocked when Dave entrusted us with this news – of course there were signs of it somewhere, but we always knew him as a fighter and almost blindly dreamed of a positive outcome to this story. Unfortunately, reality finally caught up with us.

Dave will leave a huge gap in this band, on the one hand as the great singer and frontman he always was, on the other hand as a human being with a lot of energy and passion for this project.

At no point could we blame his decision. Because in all the hours we spent together in the bandroom, on stages and downhill hotels, a friendship has definitely come into being far beyond this band.

Dave, we wish you wholeheartedly that at some point in the future you can sing again and pursue your passion for music to the fullest!

But we wouldn’t be ‘Fighter V‘ if we didn’t try everything to get back on track as soon as possible. All of us, including Dave, worked hard to get where we are today. Giving up was never an option and we know Dave would sign this right away. Our journey is definitely continuing – You Can’t Stop the Rock!

Wishing our dear friend all the best for the future!

Due to the circumstances above, ‘Fighter V‘ is immediately on the lookout for a new singer. So if you want to write the next chapter of this band, get in touch – we’re excited!

We are happy to accept your applications at the following email address: