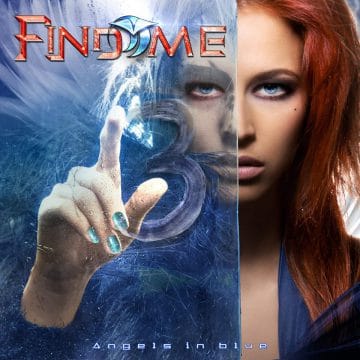 “Find Me have announced that their third album, “Angels In Blue” will be released on February 22, 2019. The band has also released the first single and video from the album, “No Tears In Paradise”….

Pre-order the album and stream the single here: http://radi.al/FindMeAngelsInBlue

Vocalist Robbie Lablanc on the new album: “I really like our first album, but I like “Dark Angel” better than the first one. I have to say that I love our new one the best of all three so far. I hope everyone else agrees, haha. There are some really amazing songs on this record and Daniel stripped the production down a bit on this one, which I really like. I had a lot of fun on this album vocally and I think you’ll hear that in the tracks. They were a joy to sing and there wasn’t one key change on any demo that was presented. It was like the songs were written right for me to sing them. Really, really cool!”

Songwriter, drummer, and producer Daniel Flores adds, “Like always, everything is built around Robbie‘s voice and range. Carefully structuring all arrangements around the melodies, crafting a powerhouse for every song. I think we have nailed down what that means for Find Me‘s melodic rock approach. Third time’s the charm!” 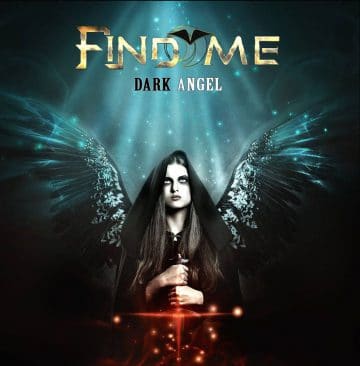 Of tracks from the album they are particularly fond of, Flores says, “As a producer I tend to fall in love with all songs on the records we do, but the songs ‘Desperate Dreams’ and ‘No Tears In Paradise’ are two favorites.” With LaBlanc adding, that “‘Waiting For A Lifetime’ and ‘Show Me What You’d Die For’ are two that quickly stand out in my mind as favorites. ‘No Tears in Paradise’ as well. I love our cover of ‘Desperate Dreams’ by Survivor, I thought it came out really nice and hopefully a great tribute to Jimi Jamison.”

FIND ME is an ongoing collaboration between Swedish musician, songwriter and producer Daniel Flores (Issa, The Murder of My Sweet) and singer Robbie LaBlanc from Blanc Faces. The partnership was put together by Frontiers President, Serafino Perugino with a vision to unleash yet another AOR behemoth from the label. Mission accomplished! FIND ME’s debut album, “Wings of Love” and the follow-up release “Dark Angel” were greeted with rave fan and critical reviews, with fans left begging for more music from the duo. No demand could have been easier to fulfill as Daniel and Robbie simply love working together. The result of their latest collaboration is “Angels In Blue”. Once again, a delightful and massive melodic rock album full of mighty, anthemic AOR songs with Robbie’s soaring lead vocals and amazing performances from Daniel Flores and guitarist Philip Lindstrand. Sonically, this powerhouse album sits in between the classic sound of Journey and Giant and newcomers like W.E.T and Eclipse. Yet another unmissable album for the Melodic Rock/AOR crowd from Frontiers…

“Robbie and I really hope you can hear the sweat and tears we have endured during the making of this record. Every finished record is a miracle in the making and this one in particular was hard to make. Thank God it all came through in the end. This is for you guys, the fans who make my work feel like a walk in the park everyday,” says Flores.

“I’m really excited Find Me‘s third album is coming out. I hope the fans love it and I want to express my great respect to all the guys in the band: Phil, Michael, Daniel, Johnny, Rolf, Soren, and all the great writers like Alessandro Del Vecchio and Michael Palace. What a great bunch of musicians and talented, talented people. I am very lucky to be involved with such beautiful and talented people. God bless you all,” concludes LaBlanc.”