Finnish hard rockers Block Buster have released a new single entitled “Bulletproof” from their yet to be finished new full-length debut album.

“Finland’s hard rockers Block Buster have released a new single, titled “Bulletproof”. The track is the first single off their upcoming full length debut album and the band says it’s a perfect example of what’s yet to come. 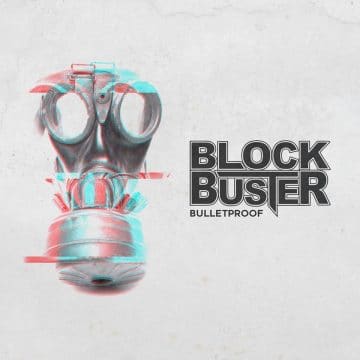 “From that exact moment on we came up with the opening riff of the song, we knew this has to be the first thing people hear from the upcoming album. ‘Bulletproof’ is a really aggressive straight forward rocker, but at the same time when it comes to singing, it’s probably the mellowest and most melodic song we have ever written” explains the band’s lead guitarist, Elias Salo.

Block Buster has been making waves in their homeland for a couple of years, sharing stages with bands like Bon Jovi, Anthrax and Ghost. The boys are looking to start touring internationally as soon as the album comes out, but the official release date is yet to be confirmed.

“The rest of the album will be finished during the spring and we are obviously really excited about it. It’s something that we’ve been working on under the radar for quite some time, while touring. We can’t wait to get it out of our system and go on tour overseas” Elias continued.

The new single is produced and mixed by Johnny Cruz from Finland’s latest rock-export Santa Cruz and mastered by Mika Jussila, known for his work with bands such as Nightwish and Children Of Bodom.”