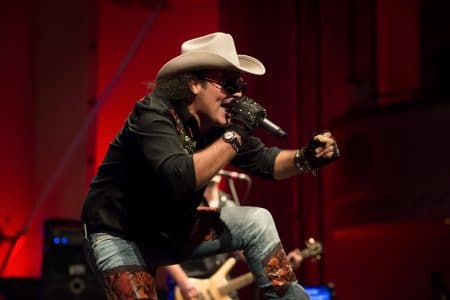 Back in September 2016, Fire Patrol had released a video for another new song entitled “Highway Patrol.”

Sleaze Roxx stated the following in its review of Fire Action‘s Rock Brigade EP released back in January 2016: “Mastering the art of playing ’80s hard rock and heavy metal is often tried but rarely imitated with any real success. That isn’t the case for Finnish hard rockers Fire Action who have apparently just about completely mastered the art of recapturing the ’80s hard rock and heavy metal sounds.

Fire Action‘s debut EP Rock Brigade is a very pleasant blast of the past and a return to the glory days of ’80s heavy metal where half the kids in a high school could be seen wearing rock concert t-shirts at school after their favorite band had come to town the night before.

There’s nothing complicated about the songs on Rock Brigade. It’s just kick ass ’80s sounding hard rock / heavy metal from the simple song structures to the guitar tone to the beautiful guitar solo / melodies (check out “Rock Brigade”) to the screaming type singing at times.”