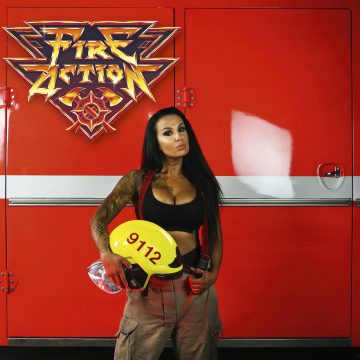 Fire Action‘s new record will be released on July 25, 2020 and can be pre-ordered via the band’s Bandcamp page.

Sleaze Roxx stated the following in its review of Fire Action‘s EP Fahrenhater, which was released in March 2019.

“I’ve always loved classic ’80s metal with some European laced singing, which is the reason why I am enjoying Fire Action‘s Fahrenhater EP so much. The songs on Fahrenhater are definitely more mature sounding, more melodic and better constructed than the ones on Rock Brigade. None of the songs really blow me away but I also never shut it off once I start playing it. It’s a solid slice of European hard rock that reminds me of early Europe without Joey Tempest‘s vocals.”