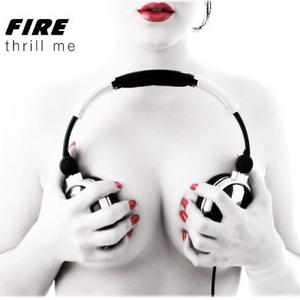 Fire, the hard rock band that has been a favourite of Maltese head bangers since its inception in 1998, launched their follow-up album ‘Thrill Me’ with a performance at the Farsons Beer Festival on Friday July 31.

‘Thrill Me’, like the band’s 2006 debut album ‘Ignite’, is a collection of hard rock and metal tracks in the Whitesnake and Judas Priest mould.

However, whilst retaining the strong melodic focus that characterized their debut, ‘Thrill Me’ sees Fire delivering a harder, edgier sound, with songs like ‘Come with Me’ and ‘Where are Going’ being considerably heavier and darker than any of the band’s previous offerings.

Other highlights of the album include ‘No More Pain’, which reveals the band’s softer, bluesier side, and of course the title track ‘Thrill Me’, a foot-stomping crowd pleaser that has already garnered extensive airplay on local radio stations.

The launch of ‘Thrill Me’ represents another important step forward for the band, following on the band’s success at the 2006 Oktoberfest battle of the bands, a number of well-received UK performances and sharing a stage with renowned international rock band Krokus. In tandem with the album, the band has also produced a video for “thrill me”, the result of a successful collaboration with Talon House Pictures.

‘Thrill Me’ is available in various local stores, including Olympus, D’Amato, Exotique and Tip Top Electronics.