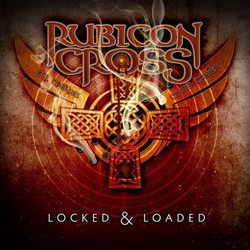 Rubicon Cross, the brainchild of FireHouse vocalist CJ Snare and Furyon guitarist Chris Green, have released a new single called “Locked & Loaded” just in time for you to add it to your Summer playlist. This release coincides with the CodeMasters DIRT “Showdown” video game on which the new track is featured.

Written and performed by CJ Snare and Chris Green, “Locked & Loaded” is a brilliant follow-up to their 2011 limited edition EP. The track also features Simon Farmery on bass, was recorded at SnareBear Studios, and was mixed and mastered by Rick Beato at Black Dog Studios.

Modern hard rock at its best, this track is a taste of what the sound of Rubicon Cross’ first full CD will be. The highly anticipated set will be available in the late Summer or Fall of 2012.

You can listen to and purchase “Locked & Loaded” on iTunes, Amazon Mp3, and most digital download stores.